As we drove home from the therapist, my mind raced frantically. I was supposed to take both of my daughters to a weekend conference for teen girls, and the first session was to start in a matter of hours. Not only had my older daughter been placed on a 72-hour hold in her own home, I had been too.

This left my younger daughter lost in the shuffle once again. I ached so deeply for her, for all that she was losing and missing while I fought to keep her older sister alive. There was no way she could or should have to understand everything that was happening. But I also felt she should not have to have her life put on hold in deference to her sister’s struggles.

I made some calls so that my youngest would still be able to attend the weekend’s events. It was hard to ask for favors from friends who didn’t know our situation, and I didn’t want to dishonor my daughter by airing her dirty laundry for her, so to speak.

Additionally, I did not want to put my younger daughter in a position of having to explain or defend or even vilify her sister. (This brings up the subject of the stigma of shame surrounding mental health issues, which is another post for another time.)

Finally, I reached my step-son’s gracious and generous wife, who agreed to accompany my youngest to the event we’d all looked forward to. What a remarkable and kind woman she was and is, to willingly change her weekend plans so she could step in and help us in our deep need.

They did miss parts of the weekend, and it was difficult and sad for my younger daughter knowing what was going on back at home. Even so, how could a sibling not resent, at least in part, another whose life problems were growing to take over the whole family, leaving everyone and everything else in virtual and unpredictable ruin?

You don’t get a chance to let down and grieve the fact that the person you are keeping guard over would really rather be dead. You just keep going. You have no other choice.

By Saturday, the day after her therapist had set up the 24/7 arrangement to avoid a mental health hospitalization, my daughter was already tired of me and her anger had returned full force. She wanted to leave home to go see her father.

Finally she did a quick double take and began to sprint. I caught her quickly, and in full view of the neighbor across the street. I grabbed her around the waist, wrestling her back towards and part way up the driveway, as she railed and kicked, ending with a scream of, “I hate you, Mom!”

She then went limp as a rag doll, landing on the ground with my arms still around her. “Oh, honey, right now I hate you, too” was the only resigned response I could mutter, trying to hold back the tears. I hate so much that I said that.

Our bewildered neighbor, meanwhile, was in his garage, staring, power tools in hand, wondering what was going on with that house full of females across the street. 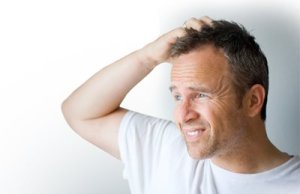 I hauled my teenager up off the pavement where she had collapsed and took her back into the house. And I agreed wholeheartedly that it was a fine idea for her to spend a little time with her dad.

“I’ll have her back soon,” he said to me as he picked her up. “Oh, please,” I responded. “Take a little extra time. I would really love to just take a shower today.”  We had a preplanned family birthday dinner to attend that evening, and I was in need of a good scrubbing by then.

Clearly he had never been the lone officer on duty during a house arrest.

Warning: This is a rant of sorts. I admit it. I rarely do this (beyond anywhere but in my own head). And perhaps I am guilty of doing what I am saying others should not do. I get the irony. I do. But here goes …

I am one to believe that no matter what difference of opinion may exist, people ought to set aside judgment and simply walk alongside those in grief. It’s naïve of me, I know, and perhaps it is born of my own experiences, the times when I have felt so alone and abandoned, and subsequently shocked by the insensitivity and abrasiveness of people I may or may not know. My belief system leads me to surmise that, apart from sheer ignorance, people who hurt others the most are the people who themselves are hurting the deepest. Maybe their pain displays as arrogance, bitterness, indifference, or outright assault either verbally, emotionally, or physically. It is heartbreaking to me to see this type of reaction by people who more often than not think they know a situation in its entirety, even though they’ve only caught glimpses of the most peripheral details. From there, right-and-wrong and black-and-white judgments and declarations abound, and the lack of gray (and grace) leaves little to no room for compassion or mercy.

The recent suicide of Matthew Warren, adult son of California pastor and author Rick Warren, is a sad example of this situation to me. I have never read any of Rick Warren’s books, but out of curiosity, I went on a few websites to read comments in response to articles about the Warren family and Matthew’s death. Knowing that mental health issues play into this, I was very interested to see what I would find. Setting aside the fact that this could easily be my family – or yours – I am dismayed at those who are using this grievous situation to speculate, to mock, and even to gloat. Some may blame this on our celebrity-worshipping culture, and the fact that many feel justified in drawing their own conclusions because they read an article or heard what someone said about some hot-button issue, so they feel warranted in making their ill-informed proclamations. I don’t know if that’s true or not, but I wouldn’t be surprised if it’s part of the equation.

Admittedly, I didn’t stick around to read all of the comments; there were just too many. There were those who expressed sadness and support, but it seemed they were greatly outnumbered by those who blamed the parents, blamed their faith, blamed reasons that were admittedly speculative at best. I won’t go into the details because they really are mere speculation. But I will say that I was most taken aback by those who mocked the family, as well as those who felt they had a right to demand more information (as if this family’s grief is any of their business), and those who intimated that Matthew’s struggles with depression were just an excuse for him to be selfish enough to take his own life. Really? To make such blanket statements, to presume that you know the details of, or what is best for, anyone else’s life is sheer arrogance at best. Truth be told, most of us are having one heck of a time just trying to keep our own lives in order. How dare such pronouncements be made upon a grieving family simply because they happen to be more well-known than our own.

As a parent who has walked the path of mental health issues (both my own and that of my children), I find this appalling and offensive. Living with mental illness (however brief or extended the experience may be) can be a living nightmare. To simply wake up and fight to put one foot in front of the other, to dread the thought of going to bed because it leads only to waking up and wondering if your daughter will be dead or alive in the morning, driving your desperate teen to the Emergency Room for psychiatric care, or being forced to call 911 because the child you bore is suicidal and raging … I have lived these things and more. No amount of denigration or finger wagging from those who demand to know details, or think they have it all figured out, does anything to help anyone. Ever. These things are added violence to the already swirling mayhem that for some is daily life.

It takes courage to walk alongside those we love in the best of times. When depression or other mental issues are present, we must gather together more courage than one person alone can possess. We must ask for and accept the courage and hope of those willing to loan them to us, of those willing to bear us up when we are barely able to crawl. Shame on those who think they can render a verdict about a situation in which they are not intimately involved. And at the same time, my heart breaks for you who behave that way; I am sorry you are so wounded that upon seeing another human soul or family in pain, you cannot muster enough kindness to offer a word of sympathy. Or at least keep your mouth shut out of respect. I suspect this is the very thing you want and feel you have not received, either from the ones you harass or from someone significant in your life. And this makes me sad for you.

Some people are still so stuck in the dark ages about mental illness. Why are they so reluctant to admit that there are some things that are beyond our (and their) control? Why the reticence to simply say, “Sometimes things are awful and scary and hard, and we just do our best to love each other through them”? Perhaps because acknowledging that it can happen to others means acknowledging that it can happen to you, too. Knowing that some things are so grievous and difficult that they can actually cause death … this is a terrifying concept, but it is real. Sometimes treatment works, and sometimes it does not. And whether you want to believe it or not, many people wrestle with that truth every day. We are sorry if it scares those of you who have never experienced it, but we ask that you not condemn those of us who have simply because you may not fully comprehend it.

Instead of judgment, a good and courageous start in response to the struggle of another – whether stranger or friend – is compassion, which can be defined as “a feeling of deep sympathy and sorrow for another who is stricken by misfortune”. Compassion is simply imagining what it would be like to walk in another’s shoes, then responding with empathy. I believe we all long for this most basic of human connections, but our woundedness and fear can make us reluctant to give it.

Compassion is a powerful weapon, one that we must use to fight against the stigma of mental illness as well as many other societal ills. It is one weapon that is, ironically, inherently devoid of violence.