He couldn’t have known. He was just being a good guy, a gracious manager who gave us permission to use the back room of the restaurant for a family gathering.

Of course a restaurant wants patrons, and large parties mean large tabs and tips (hopefully). But he was kind enough to let me come in a few hours early and set up for our celebration.

My son surprised me by wanting to help. He was 15 and life was challenging him in some very big ways at the time. But it was his idea. He asked.

How does a heart both break and soar at the same time? A mother’s heart knows how, and my delighted shattered heart welcomed his company. He couldn’t have known what a gift it was to me that he asked, that he wanted to join me.

And not just join me, but help me in staging a surprise for my husband, his stepdad, whom he loved with deep affection as well as deep pain for reasons I’m not sure any of us understood at the time.

We concocted a cover story. Well, actually I concocted the cover story. I coached him on the details. I should be embarrassed about how easy it was for me, but I’m not.

Off we went to pick up the balloons, the candy, the cake, the colors, and the mischievousness that frame a surprise party. There were Skittles and M&Ms strewn down the center of the long table, sweet edible confetti for anyone who chose to partake. There were balloons tied to chairs, and a general spreading of Technicolor merriment in anticipation of the celebration yet to come. 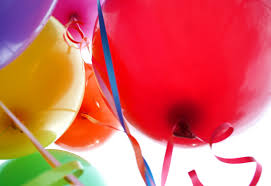 We giggled and speculated and worked up a sweat, then went home after thanking the manager yet again for his kindness in allowing us this privilege. He could have made money off those tables while they sat there waiting for our crowd to arrive. But we were granted favor. And it was a last in a lifetime chance. He couldn’t have known.

We walked into the restaurant a while later and were told my step-daughter and her husband were already seated near the back, waiting for us to join them for a quick dinner before they had to head home. The hostess escorted us to our party room, where my husband took two steps in then turned around and almost left. He wasn’t angry, just overwhelmed.

And it had been less than a year since we’d received the news that he had an untreatable invader in his body, and had been given instructions to “go home and make the most of your life.” In fact, the doctors were more than a little surprised that he was still breathing.

But he’d told me I couldn’t make a big deal. So I didn’t. All I did was agree to be a partner in crime to my step-daughter. She gave me the gift of allowing me to point to her and say with a smile, “She did it. It was her idea.” So I was able to honor his wish while also honoring hers.

We all knew we might be living on borrowed time. But there was a determination that would not be denied, that of a grateful family wanting to honor this man who loved us all so well.  He couldn’t have known.

We laughed. We dined. We ate the cake and the sweet confetti. We took pictures in front of the birthday banner and tried to visit with everyone seated around that long table. It was a wonderful time with family ties four generations deep, and he said he’d had no idea it was coming. I’m pretty sure I believe him even now.

A year later he was lying in a hospital bed, fighting hard for his life. It was a fight he was soon to lose. And it made the memory of that celebration a treasure all the sweeter. We couldn’t have known.

(Today’s post is in honor of what would have been my late husband’s birthday. We couldn’t have known that his son-in-law, one of many who helped with the birthday ruse at our neighborhood Macaroni Grill, would qualify to be – and insist on becoming – a live liver-donor for my husband.

It was his last, best chance. On his final birthday my husband underwent a surgery that we all hoped would save his life. He died two months later. But what a fantastic celebration of life we’d had only one short year earlier. I’ll always be grateful for that.)

Sometimes I read something that steals my breath, steels my convictions, and reminds me that there is redemption in every story, that beauty can come from the ashes of despair.

This is why I write about things I’d sometimes rather forget.

This is why I know it’s important to add my voice of support and advocacy for those who are facing what may feel hopeless, impossible, or insurmountable.

“No one can be prepared for having a child or youth with an emotional, behavioral or mental health disorder. It can happen to any family, to any parent, in any social circle. It cuts across all cultures and economic levels. The self-confident parent, the model family, the teacher, preacher, and doctor can have a child or youth with emotional or mental health problems. Because it can hit anyone, anytime, anywhere, it is impossible to prepare for it. The best you can do is deal with your emotions one at a time and one day at a time.” 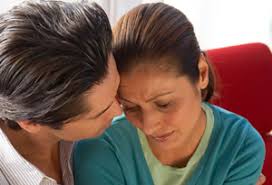 “Chief among [the] misconceptions [about mental illness] is that mental illness is uncommon. Every year, 1 in 4 adults in the United States will experience a mental illness … One in 10 children and adolescents will have serious problems that derail their educational and social development. This means that well over 50 million adults and children in the United States fall ill each year, with similar percentages in most other countries on the globe. Few families are spared.”

“The impact of mental illness doesn’t stop with the person who is ill: It places great demands on families, stroking tensions and often pitting parents against each other. Sucking parents, sibling, and other family members into its maelstrom, mental illness is the visitor no one wants. But countless families find it living among them.”

“What’s more, 50% of mental illnesses come on by the age of 14, and 75% by the age of 24. You are right to be attentive to your young family members and friends, as these are the years when mental disorders surface. Many of these young people also discover that alcohol or drugs (especially marijuana) reduce their anxiety, at least at first, and the ongoing use of these substances typically worsens their condition and impairs treatment and recovery.”

“Mental illness is no one’s fault. People fall prey to mental illness because of the way their brains have become abnormal. We know this because imaging technologies now allow us to peer into the brains of those who have mental disorders. And what we usually see is this: Areas of the brains of people afflicted with mental illness look different than those of individuals who are not. The message could not be clearer: The brain – just like any other organ of the human body when it is diseased – is operating differently in people with mental illness … Just as some of us are more vulnerable to diabetes and high blood pressure, others of us are at risk for mental illness because of genetics and development.”

“The good news is that there is help – and hope – that can be effective, and that is available to families who are able to confront and meet the challenges that mental illness presents. I say this after many years working as a psychiatrist in both the private and public sectors … Time and again, I have seen patients go on to lead full lives when they receive proper diagnosis and effective treatment. And when their lives change for the better, so too do the lives of their families and friends.”

Excerpted from The Family Guide to Mental Health Care by Lloyd I Sederer, MD

Source:  A Canvas of the Minds

“I pledge my commitment to the Blog for Mental Health 2014 Project. I will blog about mental health topics not only for myself, but for others. By displaying this badge, I show my pride, dedication, and acceptance for mental health. I use this to promote mental health education in the struggle to erase stigma.”